Liedi Bernucci: "Innovation Is for Creative, Free and Intelligent People, Regardless of Gender" 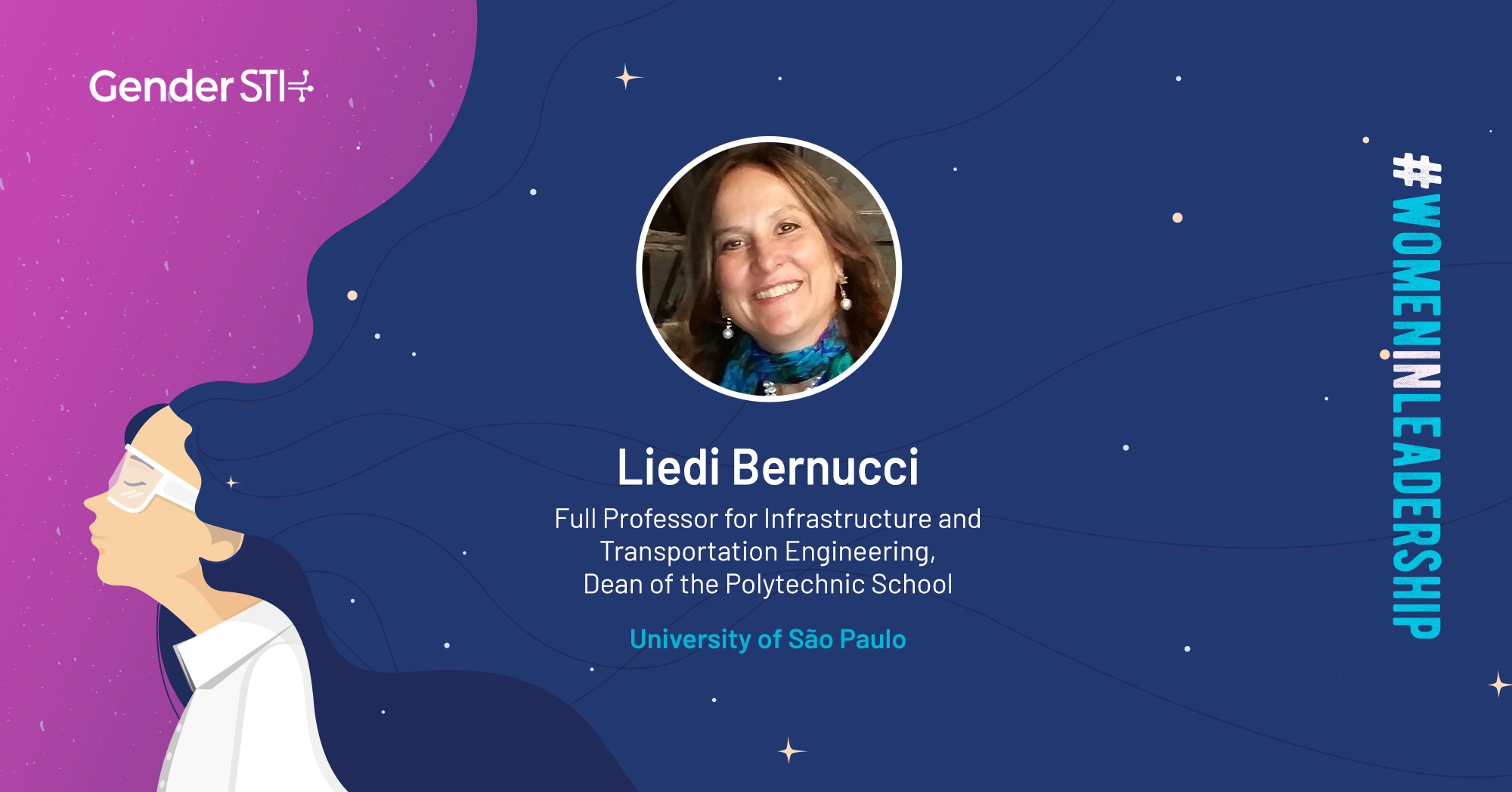 Liedi Bernucci was nominated for Gender STI's #WomenInLeadership Campaign, which celebrates women leaders in science, technology and innovation, by the Universidade de São Paulo in Brazil.

She is the Dean of the Polytechnic School of the Universidade de São Paulo (POLI/USP) and a Full Professor for Infrastructure and Transportation Engineering. Additionally, Bernucci is also Head of the Laboratory of Pavement Technology. Her research areas of transportation infrastructure engineering are urban roads, highways, airports and railways. She is the author of the book Asphalt Pavements: Basic Learning for Engineers, with co-authors Laura M.G. Motta, Jorge A P Ceratti and Jorge B. Soares. 20,000 books were distributed free to Brazilian Engineering Schools libraries, faculty members, engineers and students.

Bernucci spoke to Gender STI about her experience as a woman leader in honor of International Women's Day 2021.

I am the Dean of the Polytechnic School of the University of São Paulo. POLI is a large School of Engineering with about 8,000 people, divided into 5,000 undergraduate students, 1,500 graduate students, 420 professors and faculty members, 400 administrative and technical employees and 500 postdocs and special staff. We have 17 different engineering courses. The Polytechnic School is considered one of the best courses in Brazil and is also well known worldwide since some of the courses are ranked among the 50 best in the world. The Dean’s Office is responsible for the administration of the school and for making new strategies for research, new courses, internationalisation actions, the development of active learning methods, among other initiatives. Also, as the first woman to be elected as the Dean of POLI after 124 years of its creation, I participate by giving support to the group Women in Technology aimed at increasing the participation of women in STEM.

Without any doubt, women face difficulties and prejudices that are often subliminal. Winning over the prejudice is a step-by-step achievement. I believe I created a protection shield, an armour, which gave me more strength to fight against prejudice. In general, women try to do better than men in order to be respected, but in my opinion, this is a misconception because it is in the diversity of ideas that we achieve progress.

I have many dreams, but I try to limit them to some tangible goals. As a leader, I work to attract young talent to study at the Polytechnic School, to improve the course for those who are there. I also work to show the results we have achieved and how our projects can help society so that the public can value the school, as well as to attract industries and companies to be our partners.

Unbalanced. And it starts very early, during childhood. This stems from our secular culture that sees women as not made for science and technology. Families and schools repeat this motto, so girls are convinced that it is something masculine. Science and technology belong to everyone who has developed skills for these areas. Innovation is for creative, free and intelligent people, regardless of gender.

Being a leader requires talent, but talent can be developed. It takes dedication, study, hours and hours of work, as does everything you want to do successfully. You must have concrete and clear goals in mind.

The challenge is huge. Therefore, I would like to share some ideas. The first action is to show that science and technology are interesting areas. We need to introduce STI to girls, attract them, value girls who like these areas. At the university, professors are responsible for organizing student work groups composed of women and men. And as an administrative leader, it is necessary to balance the composition of committees and the leaders of the organization, such as the heads of departments and laboratories.

We need to have more women in all sectors. I think we have to say that they don't need to be 100% prepared to lead, as they will learn by doing their work. Nobody knows everything before they are working and experiencing leadership.