Janina Onuki: "I Hope That Women and Girls Will Be Inspired by Women Scientists" 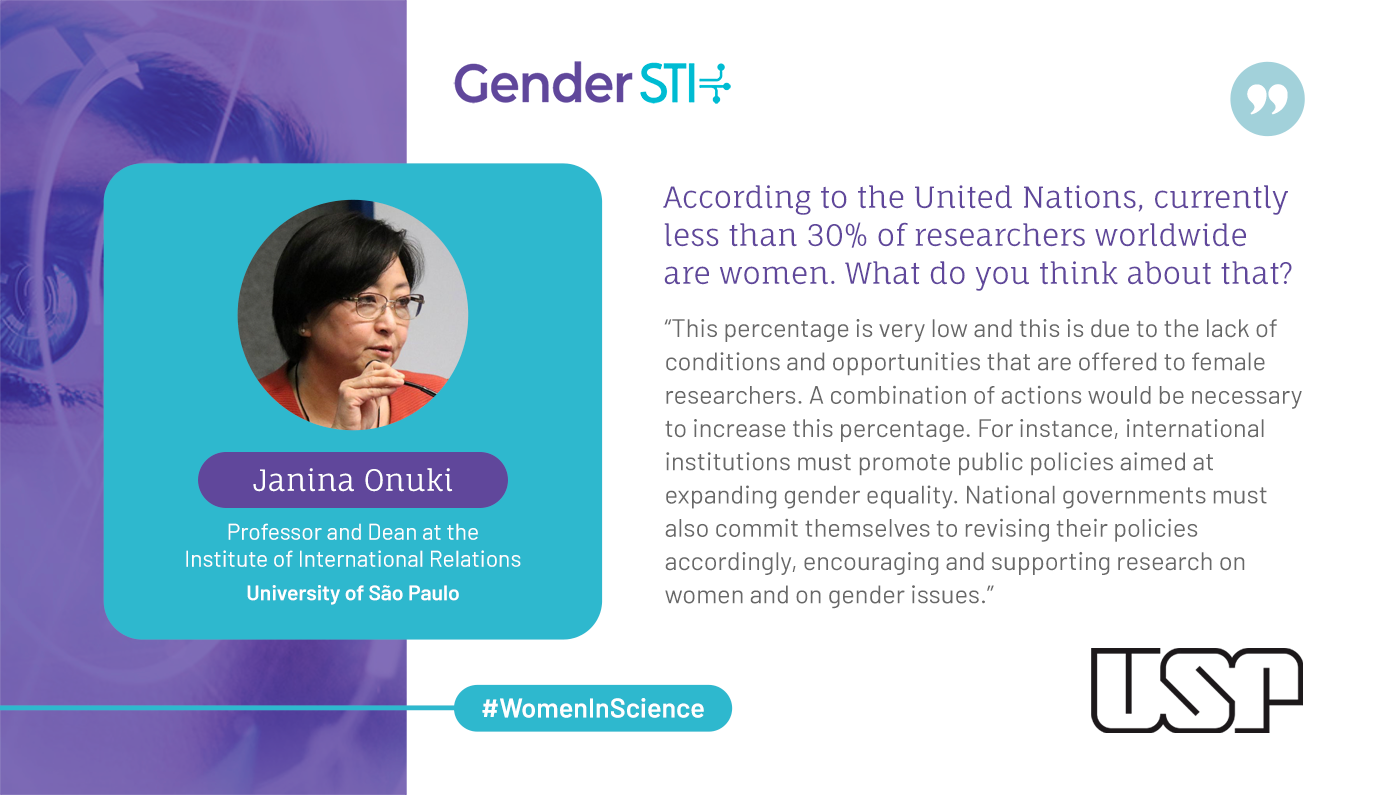 This week, the world will celebrate the International Day of Women and Girls in Science on Feb. 11, which aims to promote full and equal access to and participation in science for women and girls. As part of this effort, Gender STI has launched its own #WomenInScience campaign. We talked to researchers and experts, both men and women, about why they got involved in science, what they think about current statistics on women researchers and what they think needs to be done to encourage more women and girls to pursue scientific careers.

Providing women role models is critical to increasing the number of #WomenInScience. We’re honored to introduce you to an amazing woman scientist who has a message for women and girls interested in science: Don’t give up. Meet Janina Onuki, professor and dean at the Institute of International Relations at the University of São Paulo (USP), in Brazil.

I am a Full Professor and Dean at the Institute of International Relations at the University of São Paulo (USP) in Brazil. As Dean, my job entails a hard decision-making process related to those who work at the Institute, allocation of financial resources, and special attention to the graduate and undergraduate students. And as researcher, my job is to develop scientific research in international relations, political science, and related fields.

When I started my academic career in the early 1990s, not only Brazil but the whole world was going through important changes. I was strongly influenced by important social scientists dedicated to the study of the Brazilian democratic transition. However, my interest in better understanding the new international phenomena and the Brazilian interface with international partners led me to carry out my doctorate and post-doctorate, with experiences in large centers, both in Europe and in the United States.

This percentage is very low and this is due to the lack of conditions and opportunities that are offered to female researchers. A combination of actions would be necessary to increase this percentage. For instance, international institutions must promote public policies aimed at expanding gender equality. National governments must also commit themselves to revising their policies accordingly, encouraging and supporting research on women and on gender issues.

I would tell them not to give up, and to insist on the career of researchers. The different areas of science need the participation of more women, as they provide new viewpoints to the themes and the scope of research, shaping the world through their discoveries.

I would like to leave a message of hope. I hope that women and girls will be inspired by all the women scientists that are drawing attention to the need to propose new research themes, create new public policies and expand the debate on gender equality.