Julian Anslinger: "Policy Makers and Universities Must Ensure All People Have Equal Opportunities" 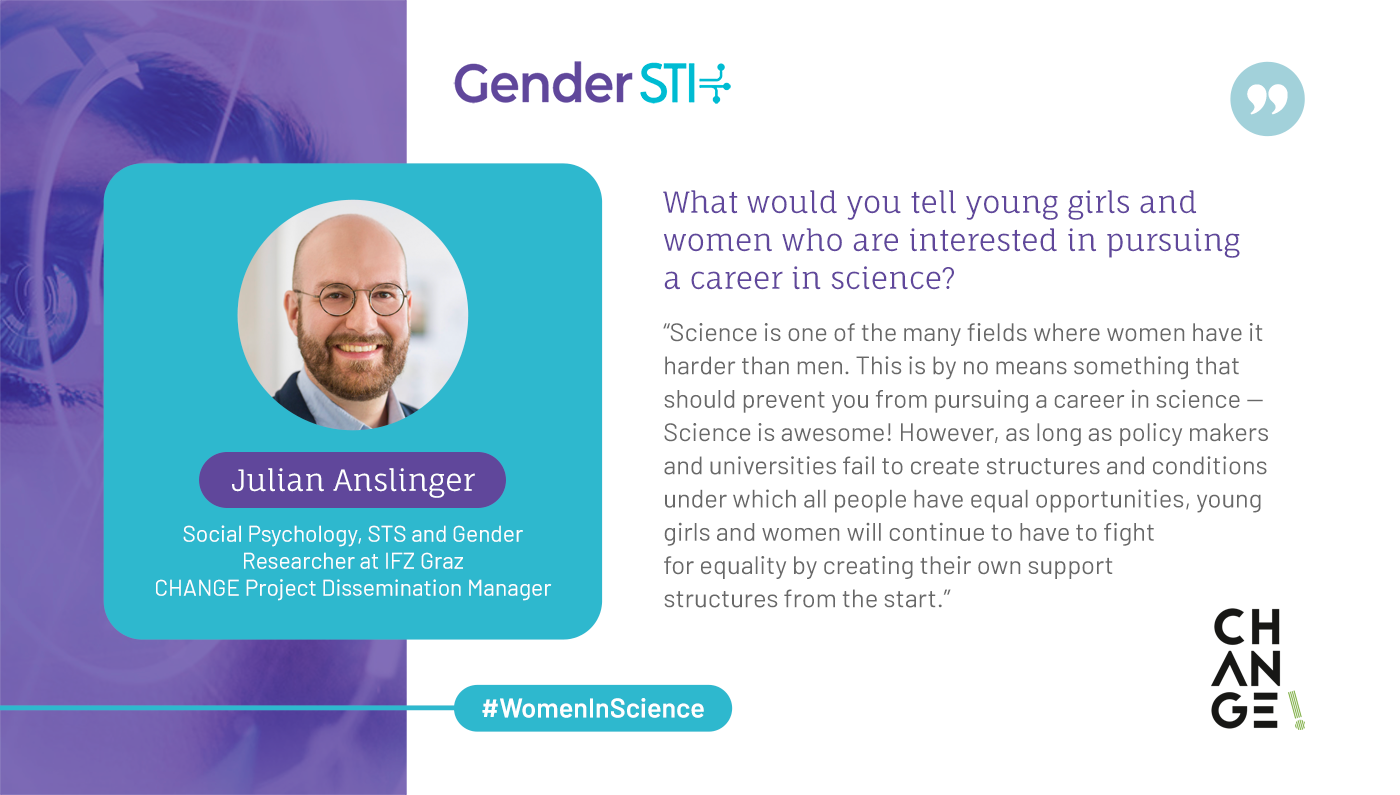 When discussing women in science, we have to analyze the support structures they have. Julian Anslinger, a researcher and member of the CHANGE project who is dedicated to establishing more gender equality in science, says this is crucial. If key actors don’t create structures and conditions under which all people have equal opportunities, young girls and women will have to create their own support structures.

I am a social psychologist and gender researcher. I work on an interdisciplinary team that is engaged in various projects dedicated to establishing more gender equality in science and technology. In the project CHANGE, for instance, we support several European research performing organisations in designing and implementing gender equality plans, which will help increase gender equality in those organisations. In the project VEKIAA, on the other hand, we support workers' representatives in companies to make sure that their companies' AI algorithms are fair and do not discriminate against people.

I wanted to help reduce injustice and inequality in the world, especially in relation to gender.

There is still A LOT of work to do!

Science is one of the many fields where women (as well as non-binary, transgender and gender nonconforming people) have it harder than men. This is by no means something that should prevent you from pursuing a career in science­—Science is awesome! However, as long as policy makers and universities fail to create structures and conditions under which all people have equal opportunities—regardless of which social groups they belong to—young girls and women will continue to have to fight for equality by creating their own support structures (e.g., establishing networks and attending mentoring programs) from the start.

Finally, on a more personal note: It is important to choose a partner who is willing to take on at least half of the house, care, and family work, regardless of a potential loss of household income.

Policymakers must recognise the value of science and abolish the precarious working conditions that still prevail there.